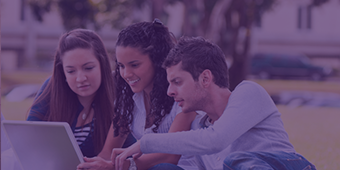 Unrestricted Use
CC BY
Accounting Principles: A Business Perspective
Rating

Accounting Principles: A Business Perspective uses annual reports of real companies to illustrate many of the accounting concepts in use in business today. Gaining an understanding of accounting terminology and concepts, however, is not enough to ensure your success. You also need to be able to find information on the Internet, analyze various business situations, work effectively as a member of a team, and communicate your ideas clearly. This text was developed to help you develop these skills.

: Fundamental mathematics for adult learners. Book 1 includes a Table of ...

: Fundamental mathematics for adult learners. Book 1 includes a Table of Contents, Glossary, Grades Records, Self Tests, Practice Tests and Unit Tests. Ancillary Resources include the Instructor's Manual. This is 1 of a series of 6 books in the ABE Math collection.

This course is oriented toward US high school students. The course is ...

This course is oriented toward US high school students. The course is divided into 10 units of study. The first five units build the foundation of concepts, vocabulary, knowledge, and skills for success in the remainder of the course. In the final five units, we will take the plunge into the domain of inferential statistics, where we make statistical decisions based on the data that we have collected.

Unrestricted Use
CC BY
The Age of Revolutions in the Atlantic World, 1776-1848
Rating

This course introduces the history of the Age of Revolutions in the ...

This course introduces the history of the Age of Revolutions in the Atlantic World from 1776 to 1848. Running alongside and extending beyond these political revolutions is the First Industrial Revolution. The Atlantic World, dominated by European empires in 1776, was transformed through revolution into a series of independent states by 1848, experiencing profound changes through the development and consolidation of capitalism. Upon successful completion of this course, the student will be able to: think analytically about the history of the revolutionary age between 1776 and 1848; define what a revolution" means as well as describe what made 1776-1848 an "age of revolution"; define the concept of the Atlantic World and describe its importance in World History; explain the basic intellectual and technical movements associated with the Enlightenment and their relations to the revolutionary movements that follow; identify and describe the causes of the American Revolution; identify and describe the many stages of the French Revolution: the end of absolutist monarchy, the implementation of constitutional monarchy, and the rise of the Jacobin Republic; compare and contrast the Declaration of the Rights of Man and other major statements of the Revolutionary period and Enlightenment thinking; identify and describe the impact of the first successful slave rebellion in world history--the Haitian Revolution; compare and contrast the debate between Edmund Burke and Thomas Paine; analyze and interpret primary source documents that elucidate the causes and effects of the Age of Revolutions. This free course may be completed online at any time. (History 303)

The Folger Shakespeare Library provides the full searchable text of "All's Well That Ends Well" to read online or download as a PDF. All of the lines are numbered sequentially to make it easier and more convenient to find any line.

Unrestricted Use
CC BY
American Literature I
Rating

This course is a survey of American Literature from 1650 through 1820. It covers Early American and Puritan Literature, Enlightenment Literature, and Romantic Literature. It teaches in the context of American History and introduces the student to literary criticism and research.

This course will cover American political thought from the nation's founding through ...

This course will cover American political thought from the nation's founding through the 1960s, exploring the political theories that have shaped its governance. As there is no one philosopher or idea that represents the totality of American political thought, the student will survey the writings and speeches of those who have had the greatest impact over this period of time. Much of the study required in this course is based on the original texts and speeches of those who influenced political thought throughout American history. The student will learn and understand the impact that their views and actions have had on the modern American state. Upon successful completion of this course, students will be able to: describe the religious and political origins of the American political system; explain how Enlightenment thinkers, such as John Locke, Thomas Hobbes, and Jean-Jacques Rousseau, and Baron de Montesquieu, influenced the political philosophies of American founding fathers; analyze how the colonial American experience shaped many of the core values represented in American government and expressed in the Declaration of Independence and the U.S. Constitution; compare and contrast the differing opinions on the role of the government that the founders expressed; trace the development and evolution of the concepts of 'states rights' and 'federal (national) supremacy'; connect the observations of De Tocqueville in Democracy in America to the concepts of equality, individuality, and civic engagement in American political discourse; examine the evolution of race in the American political system (from slavery to the 2008 election of Barack Obama); discuss the changes in the political role of women in America from its colonial days to the present; connect the concept of 'American Exceptionalism' to the industrial revolution, capitalism, and imperialism; analyze the roots of reform in the Progressive Era and their impact on modern political discourse; explain major principles of American foreign relations over time; assess the purpose and impact of ĺÎĺĺĺŤAmerican war rhetoricĄ_ĺĺö over time; differentiate between 'liberal' and 'conservative' political beliefs in modern American government; illustrate how the political turmoil in the 1960s greatly shaped contemporary American political discourse; evaluate the current political discourse as represented in the 2008 and 2010 elections. (Political Science 301)

Unrestricted Use
CC BY
Ancient Civilizations of the World
Rating

In this course, the student will study the emergence of the major ...

Applied Calculus instructs students in the differential and integral calculus of elementary ...

Applied Calculus instructs students in the differential and integral calculus of elementary functions with an emphasis on applications to business, social and life science. Different from a traditional calculus course for engineering, science and math majors, this course does not use trigonometry, nor does it focus on mathematical proofs as an instructional method.

This course is an exploration of visual art forms and their cultural ...

This course is an exploration of visual art forms and their cultural connections for the student with little experience in the visual arts. It includes a brief study of art history and in depth studies of the elements, media, and methods used in creative processes and thought. Upon successful completion of this course, students will be able to: interpret examples of visual art using a five-step critical process that includes description, analysis, context, meaning, and judgment; identify and describe the elements and principles of art; use analytical skills to connect formal attributes of art with their meaning and expression; explain the role and effect of the visual arts in societies, history, and other world cultures; articulate the political, social, cultural, and aesthetic themes and issues that artists examine in their work; identify the processes and materials involved in art and architectural production; utilize information to locate, evaluate, and communicate information about visual art in its various forms. Note that this course is an alternative to the Saylor FoundationĺÎĺ_ĺĚĺ_s ARTH101A and has been developed through a partnership with the Washington State Board for Community and Technical Colleges; the Saylor Foundation has modified some WSBCTC materials. This free course may be completed online at any time. (Art History 101B)

Unrestricted Use
CC BY
Biology I
Rating

An introduction to biology intended for non-science majors. Focus areas include chemical ...

An introduction to biology intended for non-science majors.  Focus areas include chemical foundations, cell structure and division, genetics, and evolution.

While many study skills, composition and reading skills texts separate these activities ...

While many study skills, composition and reading skills texts separate these activities into discrete skills to be learned separately, this books recognizes that these skills are interconnected. A student who struggles with the reading will have a hard time writing about it or discussing it. A student who has inadequate strategies for listening to lectures will struggle to see the connections between the lecture and the reading. Therefore, this book moves away from the “skills and drills” texts that are so common in reading and writing textbooks. Instead, this book features process and provides opportunities for students (and instructors) to think about the best ways to approach academic tasks. For example, a “skills and drills” oriented book might teach students how to take Cornell Notes and use graphic organizers, but it does not provide any information for students that would allow them to decide when it would be best to choose one note taking method over the other. This book’s main focus is helping students develop that sort of judgement.

This course provides an introduction to applied concepts in Calculus that are ...

Unrestricted Use
CC BY
Capitalism and Democracy in America
Rating

The purpose of this course is to trace the twin paths of ...

This course introduces students to the writing process as a means of ...

This course introduces students to the writing process as a means of developing ideas into clear, correct, and effective writing.

Earth science is the study of our home planet and all of ...

Earth science is the study of our home planet and all of its components: its lands, waters, atmosphere, and interior. In this book, some chapters are devoted to the processes that shape the lands and impact people. Other chapters depict the processes of the atmosphere and its relationship to the planets surface and all our living creatures. For as long as people have been on the planet, humans have had to live within Earths boundaries. Now human life is having a profound effect on the planet. Several chapters are devoted to the effect people have on the planet. Chapters at the end of the book will explore the universe beyond Earth: planets and their satellites, stars, galaxies, and beyond.