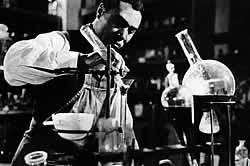 He was born around 1862 in Diamond Grove, Missouri. He was a slave and was owned by the Carver family. The Carvers had emigrated from Germany and were having difficulty farming their homestead in Missouri. The Carvers claimed that they did not approve of slavery; nevertheless, they purchased slaves, Giles and Mary, to help with farm work. Mary gave birth to many children, most of whom did not survive. It is thought that probably only two sons, James and George, grew to maturity. Not too long after George was born, he and Mary were stolen by thieves who planned to sell them to someone in the south. The Carver family were able to find George, but Mary was gone forever, and George never saw her again. The father, Giles, disappeared, and little is known of him.

After slavery ended, the Carver family helped George learn to read and write. They sent him to school and encouraged him to learn. George had always been interested in the plants and flowers that grew on the Carver farm. George eventually graduated from high school and then earned a bachelor's degree in botany from Iowa State College. He continued on and earned a master's degree in science. He began teaching at the Tuskegee Institute in Alabama. Booker T. Washington was the president of Tuskegee and helped advance George's career as a teacher and scientist. George provided invaluable farming advice to farmers in Alabama.

George Washington Carver is best known for his work with peanuts and sweet potatoes. He helped develop new kinds of peanuts and created many products using peanuts such as ink, glue, shampoo, dye, etc. He taught and worked at the Tuskegee Institute for more than 40 years.